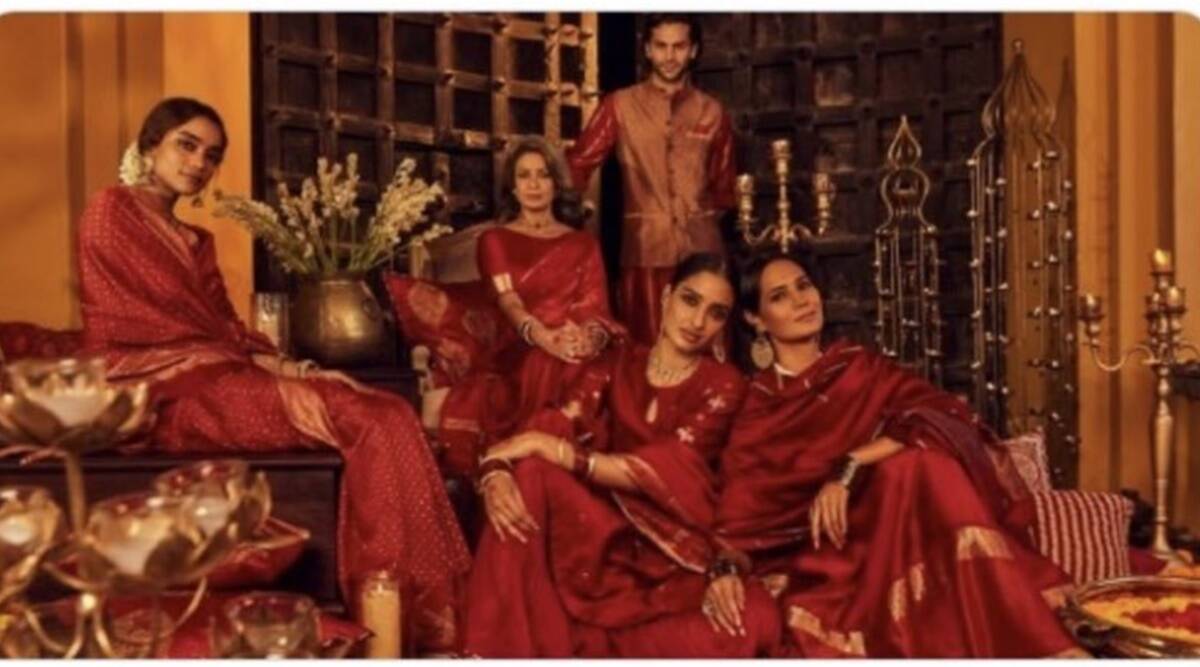 Popular clothing brand, FabIndia, a favourite of many who like wearing their ‘ethnic-printed’ kurtas, found themselves embroiled in a controversy regarding their latest tweet. The tweet had promoted their latest clothing collection, titled ‘Jashn-e-Riwaaz’, which was aimed as a big launch, to tie in with the current festive season.

FabIndia had tweeted out the collection on October 9, with the post , “As we welcome the festival of love and light, Jashn-e-Riwaaz, by FabIndia is a collection that beautifully pays homage to Indian culture…”. The post featured men and women adorning festive, Indian ethnic clothing in a vibrant shade of red.

The tweet was removed by FabIndia on Monday and the ad was pulled as well, after an uproar erupted on social media that basically accused the clothing brand of ‘damaging the Hindu festival of Diwali’.

Soon the hashtag #boycottFabIndia started to trend on Twitter, with many users asking for an immediate boycott of the brand. BJP Yuva Morcha President Tejasvi Surya, too joined the uproar on social media and tweeted, “Deepavali is not Jash-e-Riwaaz. This deliberate attempt of abrahamisation of Hindu festivals, depicting models without traditional Hindu attires, must be called out. And brands like @FabindiaNews must face economic costs for such deliberate misadventures,” wrote Surya, who also tagged FabIndia in the post, and linked the said tweet in his post.

Many other netizens called out FabIndia for unnecessarily trying to infuse religions, and trying to impose a ‘secular’ world view on a Hindu festival. Uttarakhand MLA Rajkumar, from BJP too posted about the same. “Deepavali is not Jash-e-Riwaaz…Period!!! Seems like Fab India has done this deliberately to hurt Hindu Sentiment. #BoycottFabIndia”, wrote Rajkumar, who attached a screenshot of the original FabIndia post.