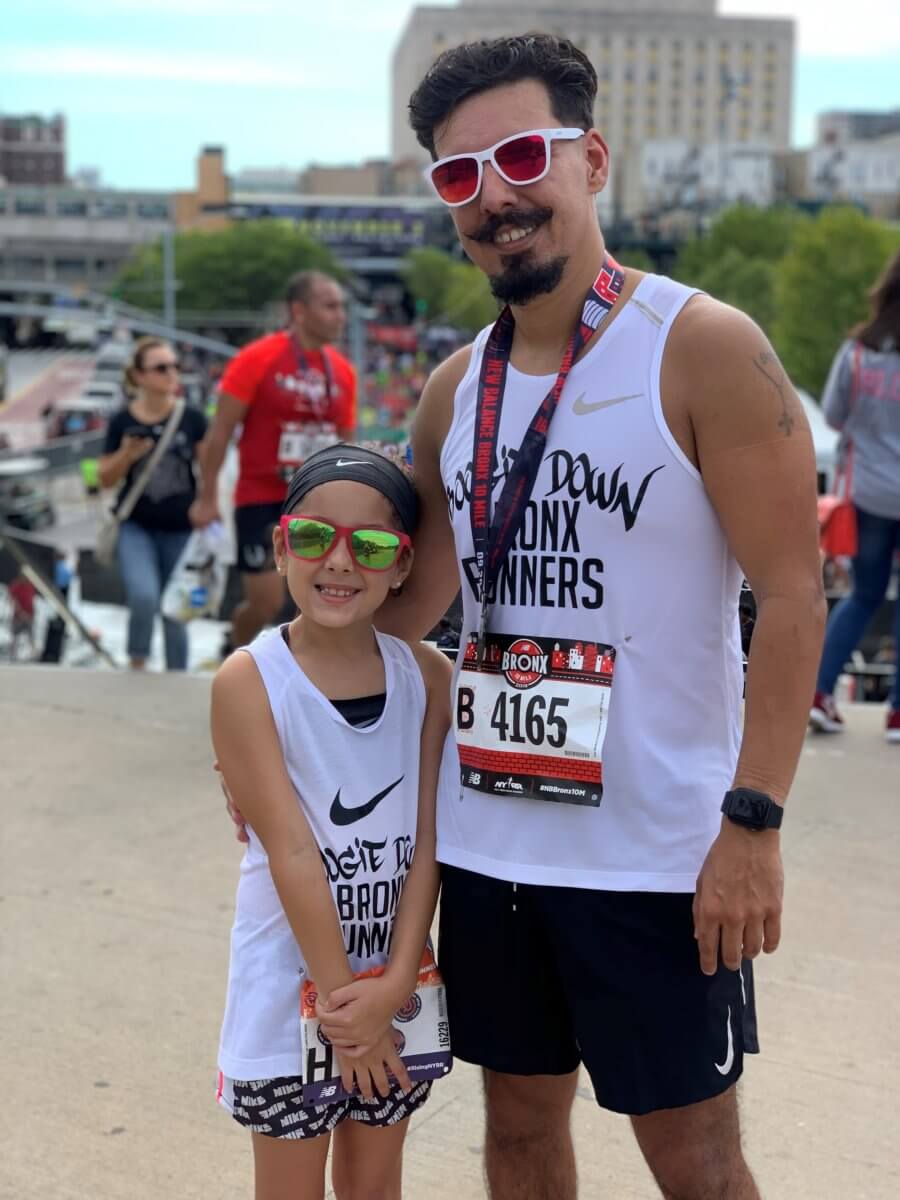 September is a special time for Eddie Feliciano and his daughter Kylie. Not only because it is Hispanic Heritage month, but the two also run in the Bronx 10 Mile race together, which took place on Sept. 26.

Feliciano told the Bronx Times his Latino culture is important, but now he has been able to merge that with his new passion of running.

“Running has connected us to our culture through the family environment it creates,” he said. “Latinos are known to have ‘extended families’ being part of a running group is very similar. The encouragement, the help, the running or life tips we receive during the meet ups. Our kids essentially knowing and growing up together. The cheering during a race from your ‘running crew or family.’ Also, seeing people speak your language, knowing that you’re not alone … is extremely important to me because Kylie gets to see it at an early age and will continue with having a healthier lifestyle.”

Feliciano, 37, did not have the opportunities that Kylie,10, has today. Born and raised in Brentwood, Long Island, his parents’ lack of fluent English and trouble in the community with the MS-13 gang, left Feliciano wanting more. In 2009, he moved to Kingsbridge, but he quickly noticed how many people were obese. He said this was a factor in wanting to live and feel healthy.

“We [the Bronx] have a pretty bad stigma towards health,” he said.

But today the Riverdale resident has transformed his life. Four years ago, he was looking for a way to lose weight when he heard about the Bronx Boogie Down Runners. The group does community runs every Tuesday and Sunday and he quickly fell in love with it. The Runners not only helped him, but also brought him closer with his daughter. In fact, they not only run with the group, but also run together three times a week at Van Cortlandt Park.

“Being able to introduce her to running has hopefully introduced her to a healthier lifestyle,” Feliciano said. “I like the idea that my daughter is getting into fitness.”

The only thing that affected their running was the pandemic. It was hard to train in a group and during the height of COVID-19, Feliciano was scared to leave his house. But in the summer of 2020, he slowly got back to his normal routine.

“I realized running also helped my mental health,” he said.

Feliciano, who is a retail district manager, never imagined he would become a runner, yet is happy he did. Seeing the joy it brings Kylie means the world to him.

While he is not the next Usain Bolt, he plans to continue running with his daughter for many years to come.

“I’ve become that annoying friend that wants to run all of the time,” he said. “I feel overjoyed when I get to run with my daughter.”

Things You Should Know About Sylvania LED Bulbs

Simple diet tips for sustainable weight loss by a nutritionist